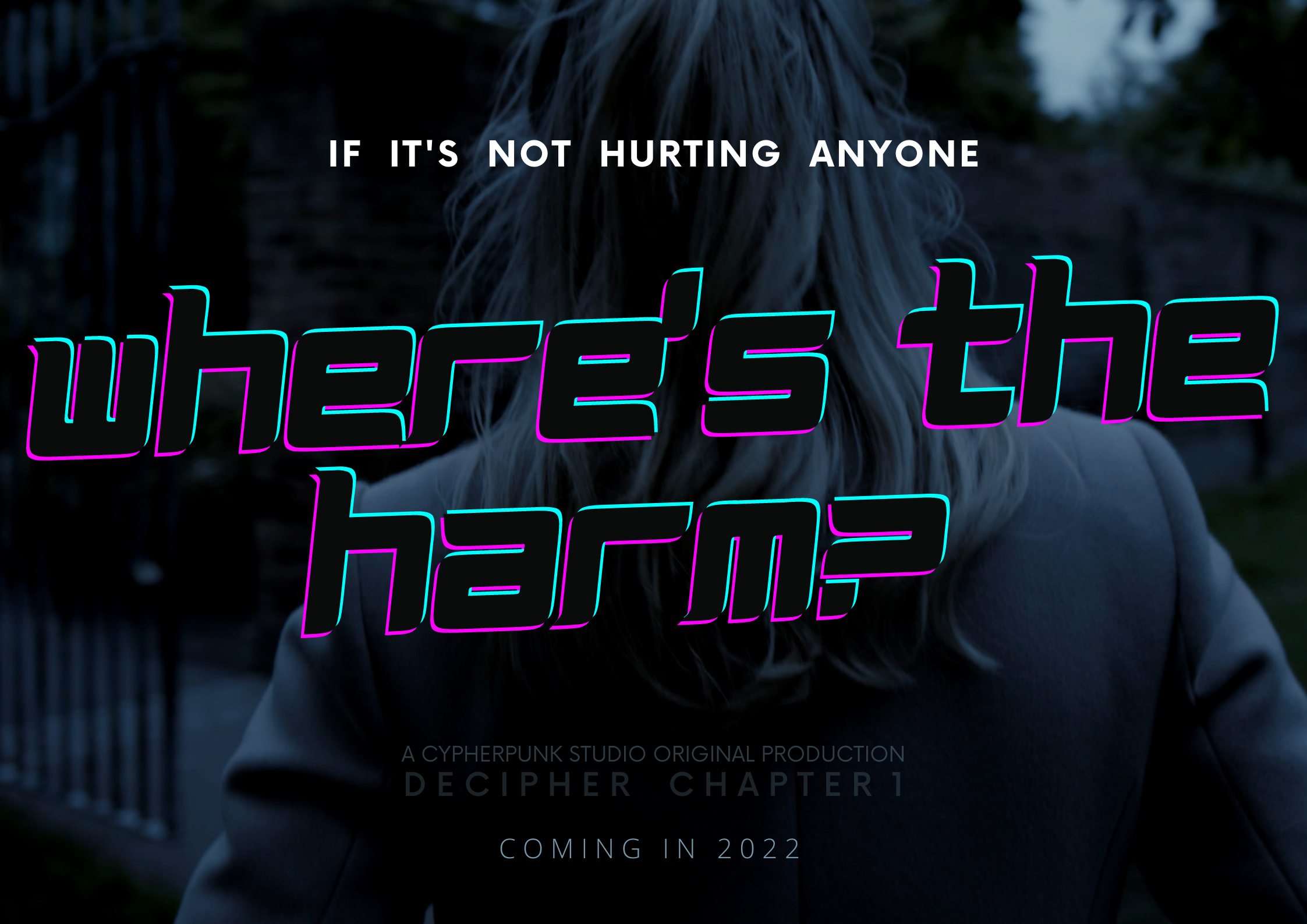 How can you say you’re rehabilitating sex offenders, when in reality you’re actively encouraging them to act out their sick fantasies?

No-one said producing an interactive anthology series during a pandemic would be easy, but… Let’s hope this was the last time we had to postpone the film shoot of the first episode.

We have so many amazing, talented people in both cast and crew on stand-by, eagerly waiting for this production to kick off so they can dive in and collaboratively realise the vision for “where’s the harm?” and, by extension, “Decipher” and I am just as eager and impatient as them!

We’ll be kicking off with one day’s virtual production shoot for a specific side story scene and seeing the virtual environment come together is very exciting. I can’t wait to direct this scene. It will be my first ever virtual production shoot and I’m eager to learn more about it and get this experience, because some of the later episodes in this series will have to be largely (if not completely) shot in virtual production, and it will be an essential component for the production of the next show we have in the pipeline as well.

The remainder of the shoot, which will be filmed on location in London, is scheduled for the spring and hopefully the dread C with its annoying variants won’t be as prevalent then.