Stepping out of my Echo Chamber 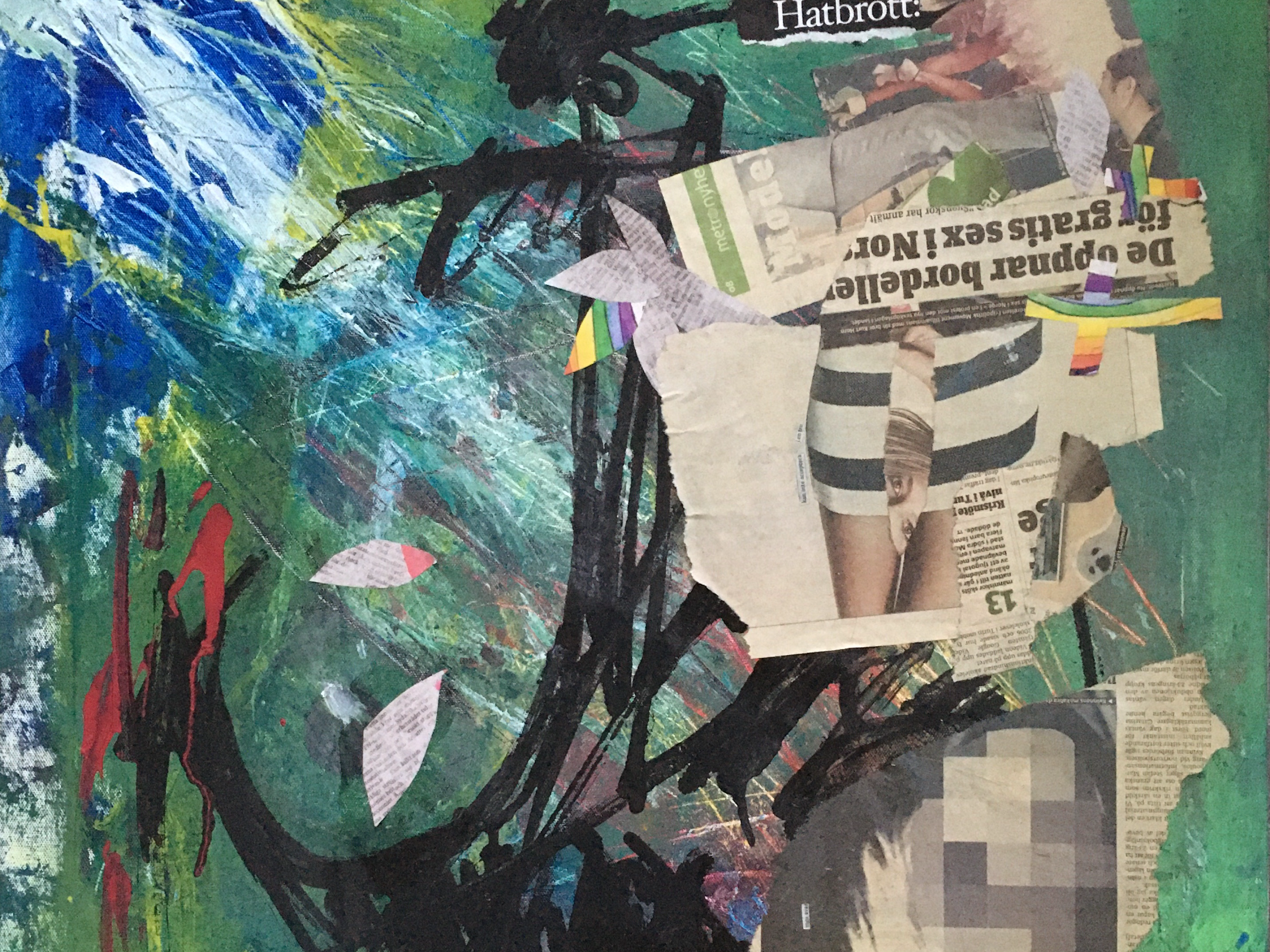 I was reading Chimamanda Ngozi Adichie’s blog this morning with my morning coffee and some of her thoughts on the current political discussion climate, specifically on social media, echoed (ironically – you’ll see why) some of my own thoughts, that have been particularly intrusive lately.

I wouldn’t be told what to do simply because at the age of three, let alone thirteen or twenty-three… But apparently at thirty-plus. For the first time in my 35 years of being, I am actually scared of speaking my mind.

How did that happen?

I have mentally, emotionally and physically rejected the idea of conformity for as long as I can remember, like I was born with a social allergy for it.

I accidentally wore mismatched socks to school one day when I was seven, then consciously every day since because someone told me that first day that I couldn’t.

I was the obnoxious misfit of my school who wore clown makeup in the class photo, was challenged to verbal political duels by the politically active supply teacher who knew whose daughter I was and perhaps thought he could win an argument with her, by proxy, at least (which he couldn’t.)

I remember being called names in the school corridors and responding by singing The Ark songs at the top of my voice, literally telling my peers to ‘step out of your Echo Chamber’.

I wore all black at family gatherings, but ripped and badly mended things to school and when I was going to a party with all goths and metalheads, I instead showed up in a red dress. None of this was ever conscious.

As I grew older and my social anxiety grew bigger, I would consciously try and dress appropriately, though. Not to fit in but blend in, to become a social chameleon and escape under the radar. But even then, my rebellious subconscious kicked up a fuss.

Political activism was as much part of my childhood as Christmas, marching and singing and listening to my mother and others like her make speeches. As a teenager I had the idea that I would follow in my mother’s footsteps, so I got involved in a political youth organisation. But I couldn’t bear it for long. Because that, if anything, was an echo chamber. And I hated it.

The thing is, I just want there to be more kindness in the world. I want people to be happy and well, no matter who they are, where they live, what they believe in. I also want to feel like I belong, without it leading to intellectual and emotional stagnation or social terror.

So I took my own advice, stolen from The Ark’s song Echo Chamber, and I got out.

I thought I got away.

I thought that, by not rooting myself to one place, one cause, one group, I would avoid the pest that is cult-like conformity and intellectual dogma and be allowed to keep growing.

But there’s no escaping that pest, not in the age of social media. It’s insidious. It’s infiltrating every corner of every community, polarising and dividing into clear-cut cubicles of Thought wherever it goes. And you can’t flutter all over the place like some flighty bee, polluting the black-and-white clarity with your nuanced pollination. You have to take a side. You have to stay in your lane.

You have to reduce your entire self, every aspect of your being, every corner of your identity, every possibly other person you would consider to be tribe-linked to, into a slogan and then wear it with pride. Never examine or reexamine. Never question. Never waver. Never listen to or engage with anyone who doesn’t check the same boxes, every single one, unless it is to picket outside their windows or demand they ‘educate themselves’ in the approved orthodoxy of the day, which is to say, your Slogan, your Brand, the tagline with which you advertise and sell the commodity that is your being.

I thought I got out, but it would seem the gods of Conformity snuck into my life while I wasn’t paying attention and slowly but steadily built another Echo Chamber around me.

I can just get out again. But then there’s the loneliness to cope with, too.

How do you reconcile the pack animal need for community and tribalism with the individual need for freedom of thought, intellectual complexity and personal growth?