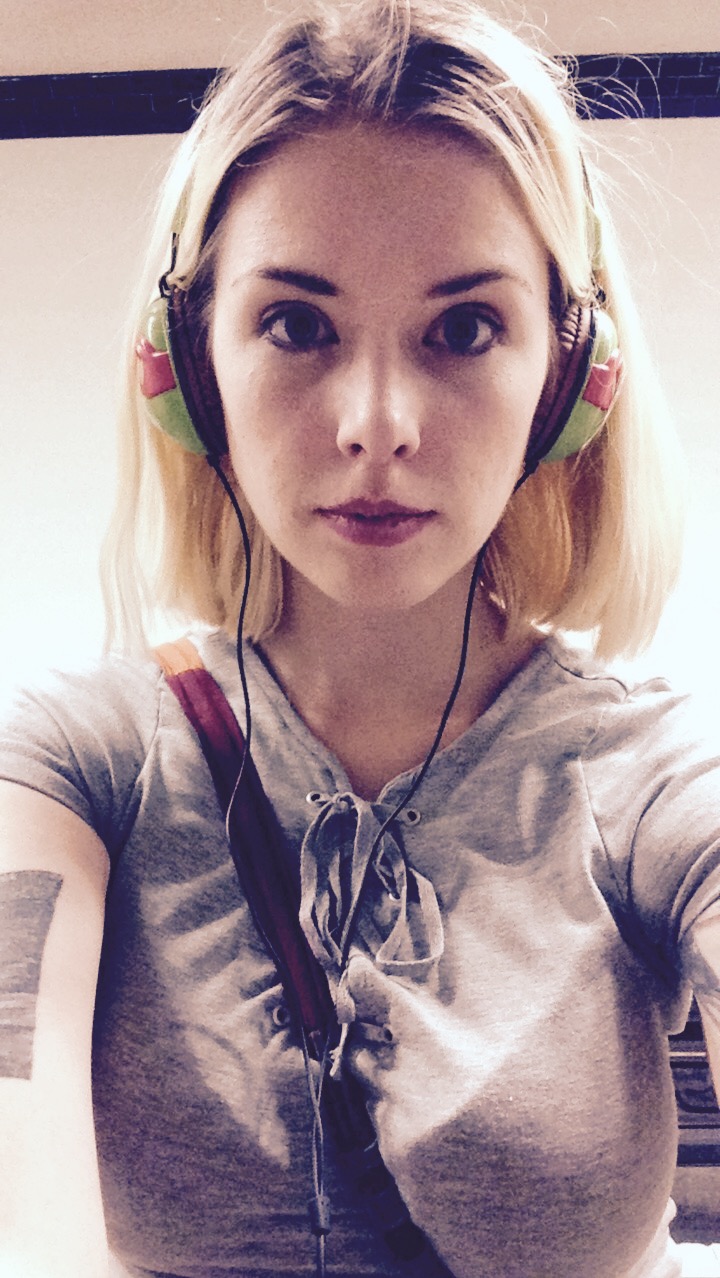 I really need to get back in the habit of updating this blod more regularly. It seems like every time I do get around to writing an entry, I have months and months of stuff to get you up to date with…

Let’s get the mental health stuff over with first, since my last few entries were mainly about that due to being in a depressive episode. Well, that ended in March, around the time of my last entry and didn’t come back. Instead, I was in and out of hypomania for about six weeks; I was sleeping maybe two-three hours every second to third night, unable to concentrate on reading, writing or watching films, just short video clips while listening to music and fluttering all over social media… (how I managed to still do my job is beyond me, but I did. Probably because I was working with SEN pupils with very challenging behaviour.)

Besides the odd sleepless night, I’m now safely back in my neutral (which is still a little high, and I still have trouble concentrating on reading texts like job descriptions or news articles, i.e. texts that are written in a boring way, but I can read stories and I can write again, at least.)

In May, my friend Leila treated me to a weekend in Stockholm for both of our birthdays, and my parents came down so I got to see almost my whole family, as well as my very good friend and film colleague Eric, which was the best birthday gift ever! Followed closely by the birthday lunch buffé at my favourite restaurant Herman’s, which was my mum’s treat. In the evening we all went to my brother Fredrik’s place and had barbecue with his family, overlooking the water in perfect Stockholm summer idyll. The perfect end to a perfect birthday! (Well, my little brother Simon could have been there, and it would have been perfect…) 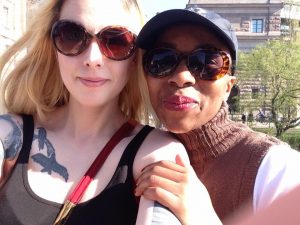 Leila and myself on our first day in Stockholm! 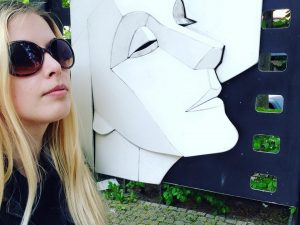 Me posing with a sculpture of my idol Greta Garbo that we discovered in Greta Garbo’s square that I never even knew existed when I lived in Stockholm! 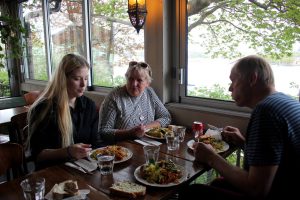 With my mum and dad at Herman’s (Photo: Eric Gustavsson)

My whole family (minus Simon) and my friends Eric and Leila, eating dinner outside despite the chilly evening air (it’s a Swedish summer tradition – nothing short of a thunder storm will drive us inside!) 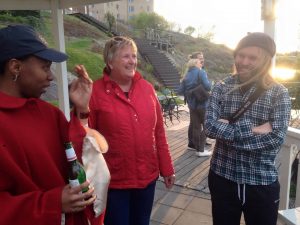 Having a laugh by the barbecue – that’s as Swedish as you get in the summer! Here, Leila is making my mum and Eric (and me) crack up with another one of her observations! 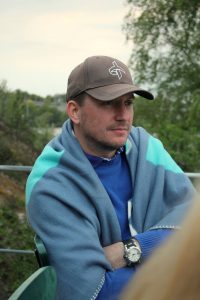 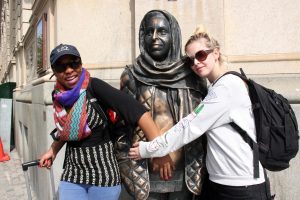 And, finally, of course we left for the train station on our last day in the city, I had to show Leila the statue of Margareta Krook! And give her (the statue, that is) a hug (although her warmth which is very nice during colder seasons was like the surface of the sun in the summer heat!)

Since getting back to London after a much needed holiday in Stockholm, I’ve been doing some acting, auditioning and also some background work in a few Bollywood productions (to pay the bills, you know) and model work in a couple of TV shows, both of which meant I got to meet some of my favourite British comedians in real life, which was pretty cool.

What else? An aspiring hairstylist paid me to chop my hair off (which is why it’s half the length it used to be, in all the pictures taken after I got back to London and in the featured image of this post!)

I’ve decided to take my play “Inside” off the shelf, dust it off and give it to friend and colleague to read, who might want to help me produce it (more info to come – hopefully!) and besides catching up with old friends, I’ve also made some new ones! 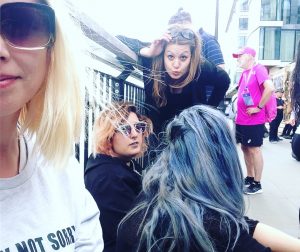 Hanging out with some new friends I made on the set of a Bollywood feature film. 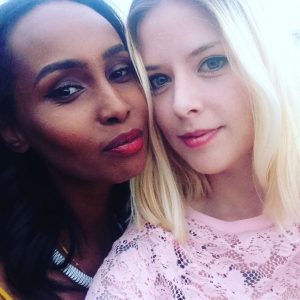 Finally got to catch up with this gorgeous lady for her birthday! 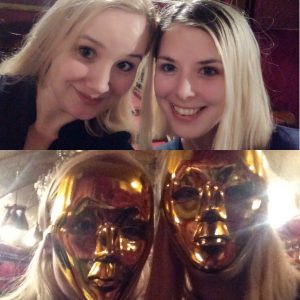 Of course, with Annie, catch-ups usually coincide with work, but at least we got to hang out – and play creepy mask-wearing people in a sci-fi together! 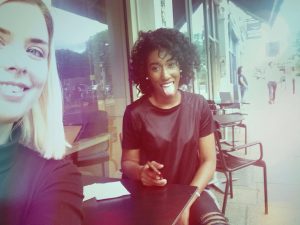 Finally, another busy creative friend of mine, Riia Montana, that I managed to snatch away from her crazy busy schedule working on her debut album for coffee and creative discussions. Incidentally, she’s going to be playing herself in a scene in my feature film “Still life” (She needs to be immortalised as a character in a film – she’s THAT awesome!)