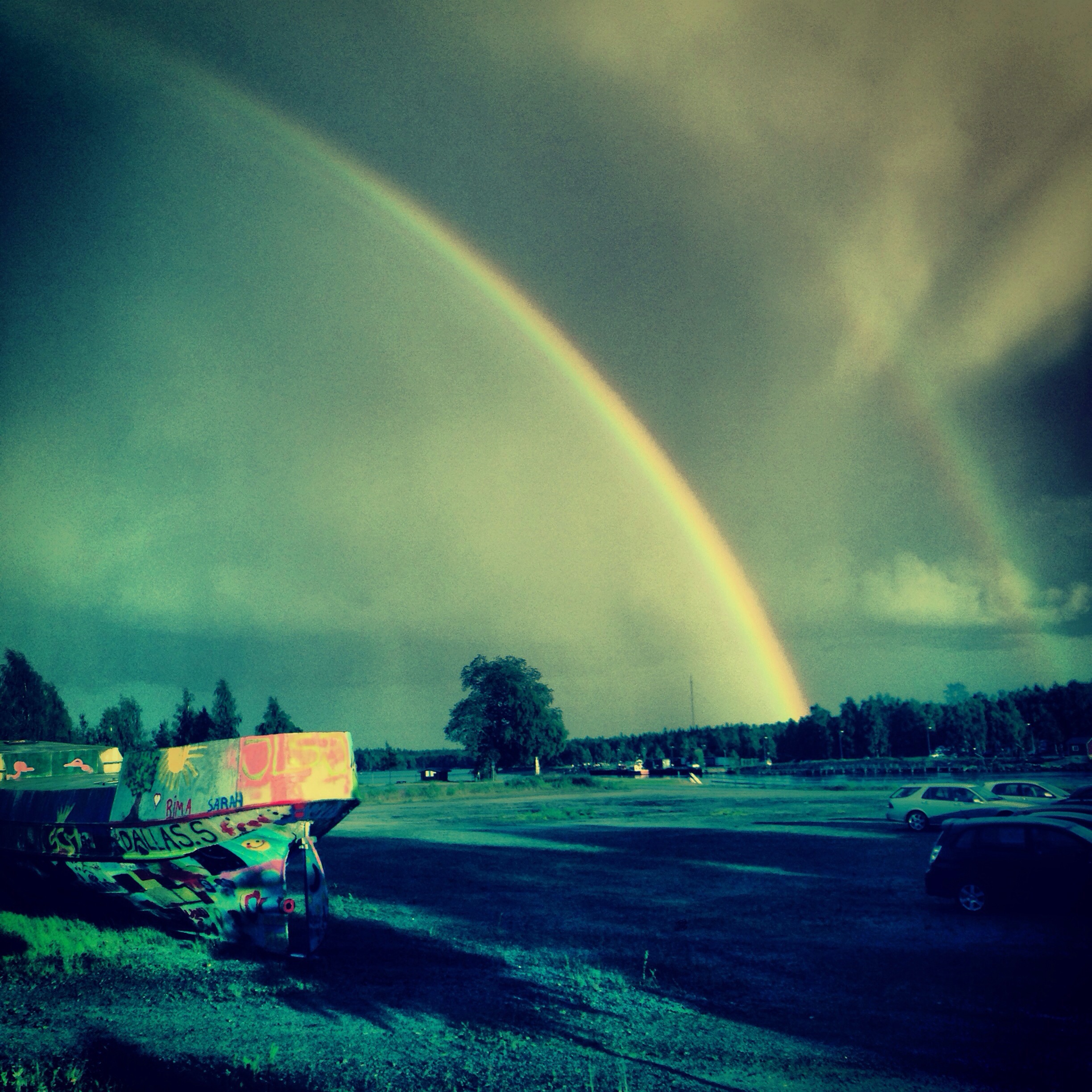 Sitting on the platform at T-Centralen waiting for the tube, and it’s oddly ordinary. Yet it’s only been a little over 24 hours since the screening of Bury me in the backyard. It was a nightmare. First of all there weren’t any way to cover the windows which made it extremely difficult to even see the film since the big screen hung opposite the windows facing the direction of the evening sun. Then about three minutes or so in, it became painfully clear that the sound was out of sync, at which point Simon and myself began to really panic. Simon stopped the film and announced to the audience that we were experiencing some technical difficulties and tried to solve it by transferring the file from the external hard drive onto Konstkraft’s computer instead. But that didn’t help, so yet again we had to stop the film. At this point I think Simon and I were experiencing a conjoined panic attack (if there is such a thing.) I tried the other film file with the English subtitles instead (and fast forwarded this time so that the audience didn’t have to watch the beginning for a third time.) and this time, for some reason, the sound was in sync! By this point however, every single cloud on the sky had (ironically) dispersed and the sun shone in through the windows as if we were in the Sahara desert, and the image was literally impossible to make out on the screen. So what the audience got to experience was, for the most part, barely moving shadows, English subtitles that stood out in bright white and the sound of dialogue over the small speakers cracked to their maximum capacity and crackling a little in complaint because of it. Simon reached out to me for a hug, nearly in tears. And as soon as the film was over, he went and had a lie down on a hidden away bench, while I tried to salvage what little grace I had left by cracking a lame joke and thanking people for coming… It was a complete nightmare! I got to meet a handful of inspiring people though, so at least there was a silver lining.   And of course seeing Wilma was a highlight in itself. We took the same train back to Stockholm and played the very funny and loud card game called Hej Knekt until we made a right spectacle of ourselves! 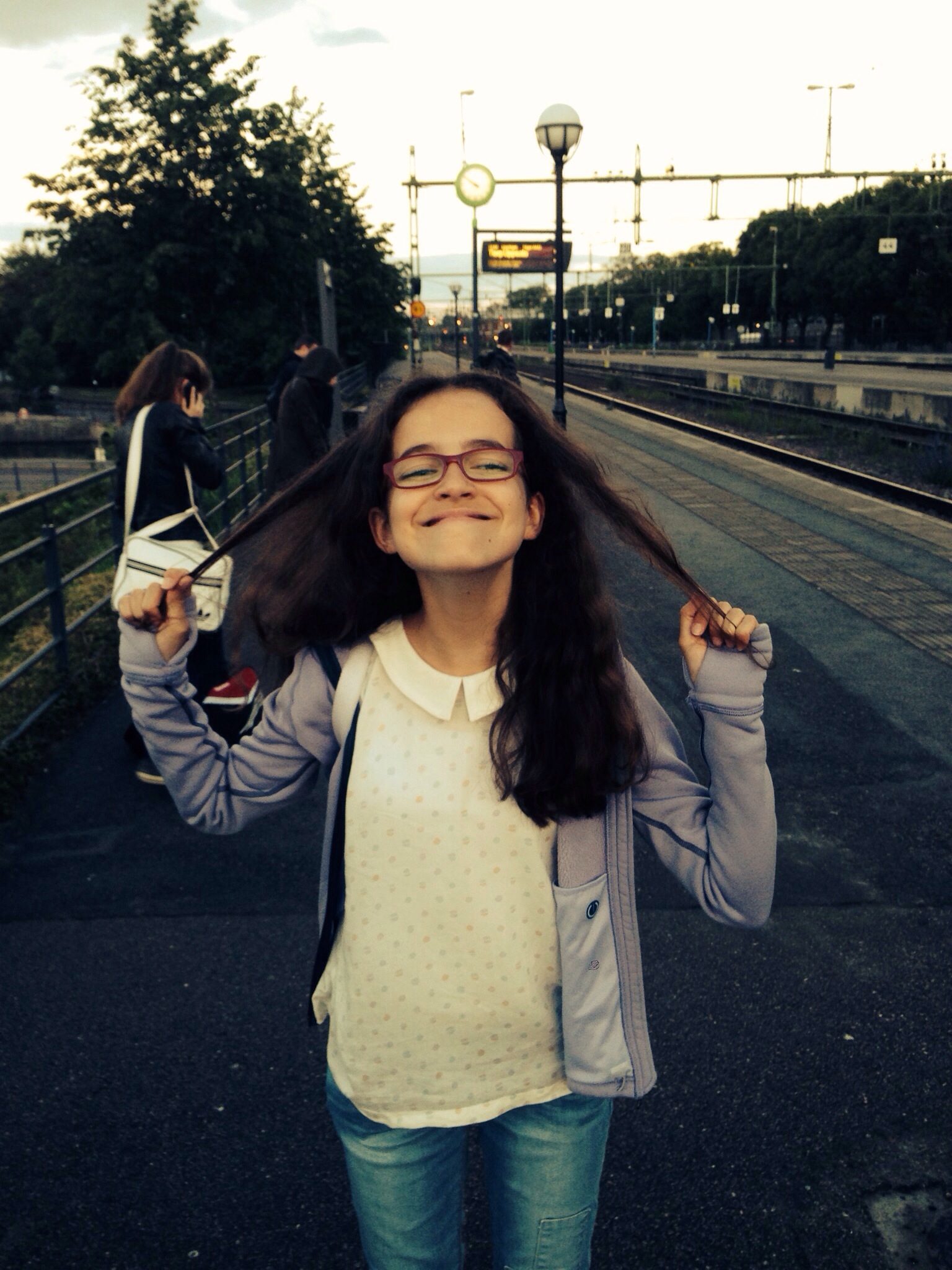 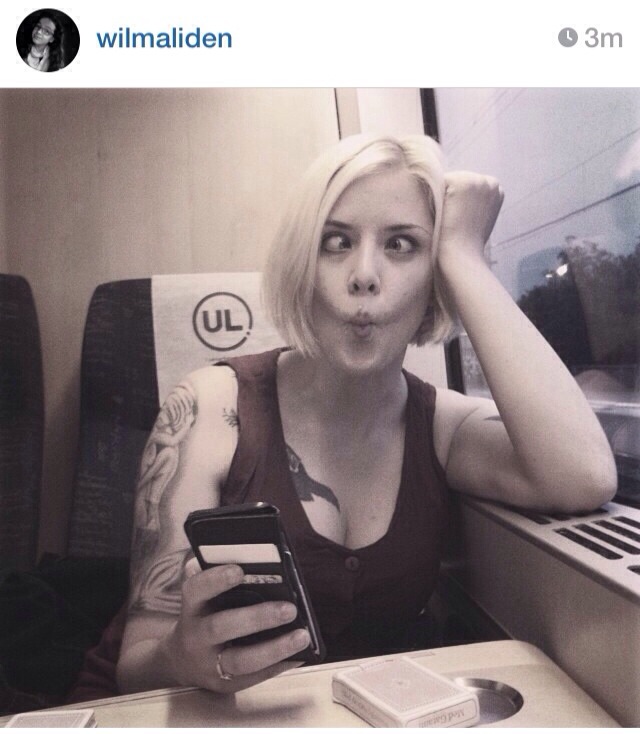