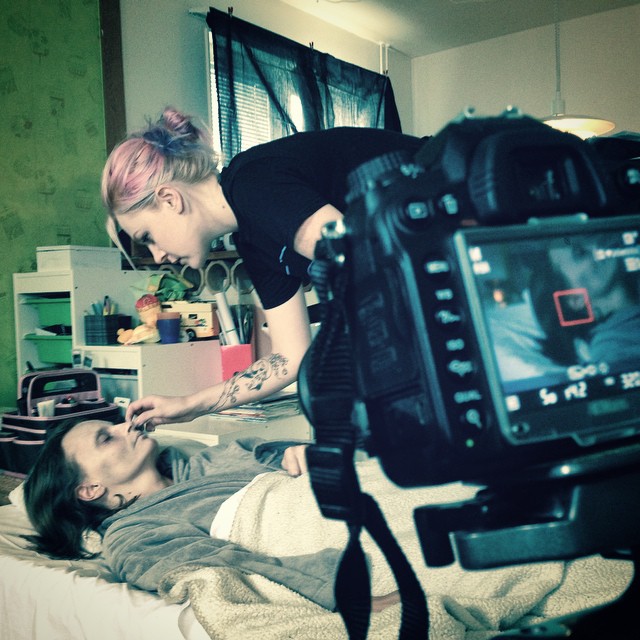 The shoot of “En sekund i taget” (a short film based on the first seven pages of a novel by Sofia Nordin) finished this weekend. It was three intense, but fun days/nights! We got some really good footage, despite difficult circumstances! All the scenes in present time in the film are supposed to be outside, and because the electricity in the whole town (possibly world) has gone and it’s nighttime, it is what the main characters describes as “Pitch black” and so dark that she can’t even see where she puts her own feet… makes you very limited as a filmmaker… but also creative! 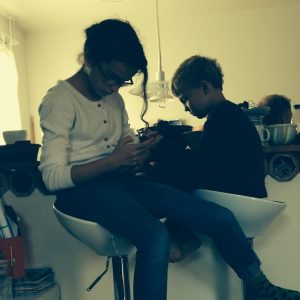 Our lead actors are taking a break from filming to catch up with their social media… Kids today! 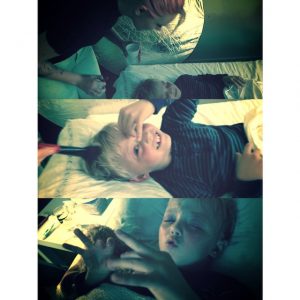 Our child actor Theodor is getting his pale on!

Both my dad and baby brother Simon came down from Ljusne to help out, and halfway through the first day I managed to rope both of them (as well as another crew member) to jump in as extras! 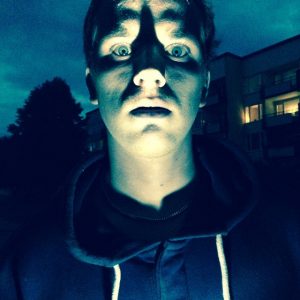 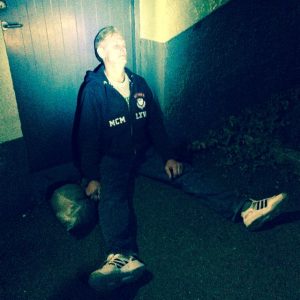 Simon also volunteered (sort of) to stand in for one of the other actors, and lead actor Wilma and myself rolled him up in a bedsheet and dragged him down the stairs. While filming, obviously. Not for fun. Although it was. 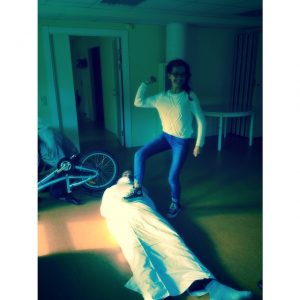 Deadline for the finished product as requested by Litteraturhuset in Sandviken that have comissioned the film is the last week of this month! So I’ll be quite busy editing this week, as you can imagine! But I’ll try and keep you posted during the process, and once the film is finished I’ll post it here as well, so you get to see the finished result!