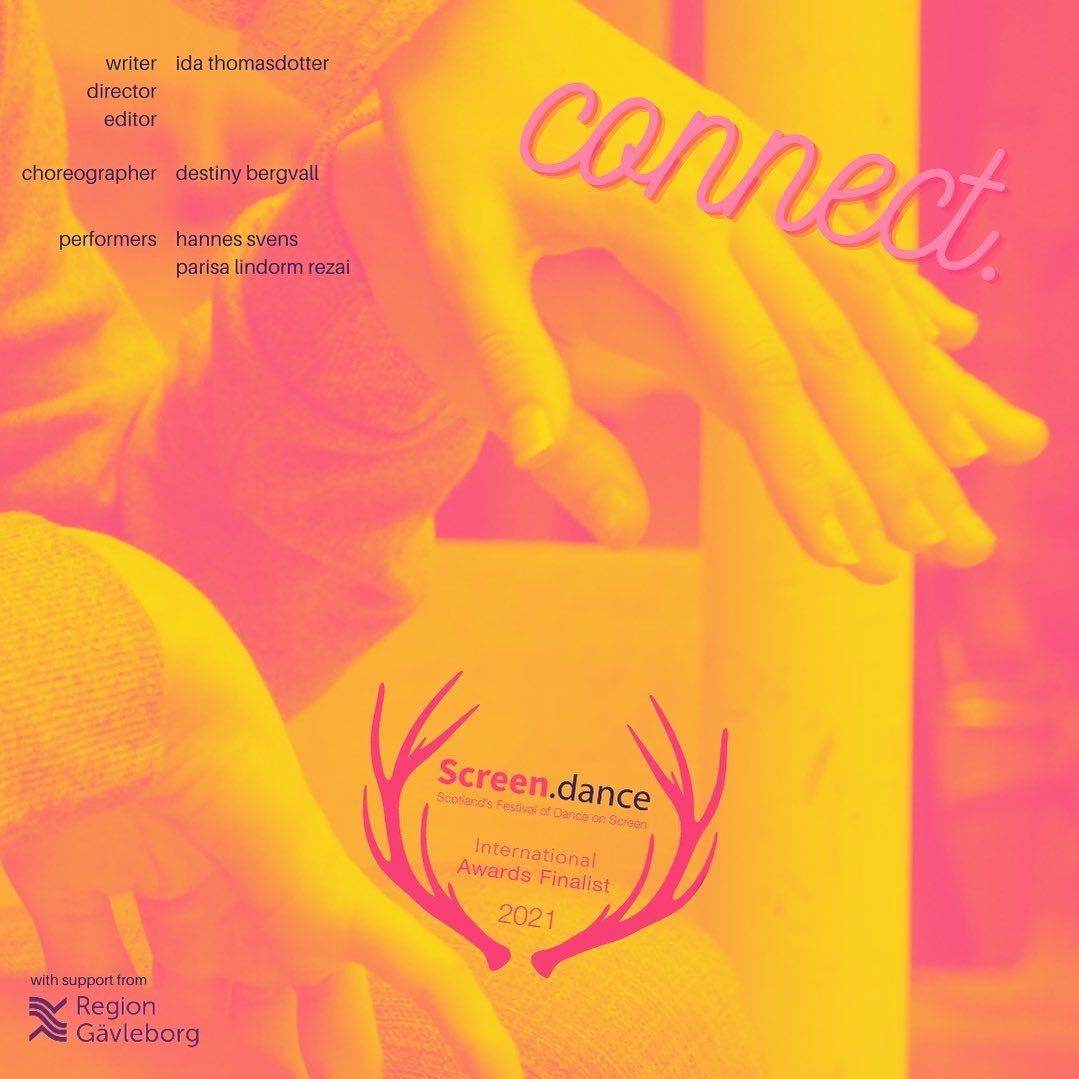 Another resurrected film starts its journey!

Back in 2014, I collaborated with choreographer Destiny Bergvall and two young actors, Parisa Lindorm Rezai and Hannes Svens, on a experimental scene using choreographed, heightened body language as dialogue. It was a test film for a longer project that fell by the wayside due to ill health on my part.

But in 2020, mostly on a whim and as a result of a surge of inspiration from having got into making art films, I re-edited the scene as a little experimental stand alone film; It’s part art, part dance film; And now it’s a finalist in the international awards section of Screen.dance, Scotland’s Festival of Dance on Screen!

We have a saying in Sweden: Allt har sin tid (which translates to: “Everything has its time”)