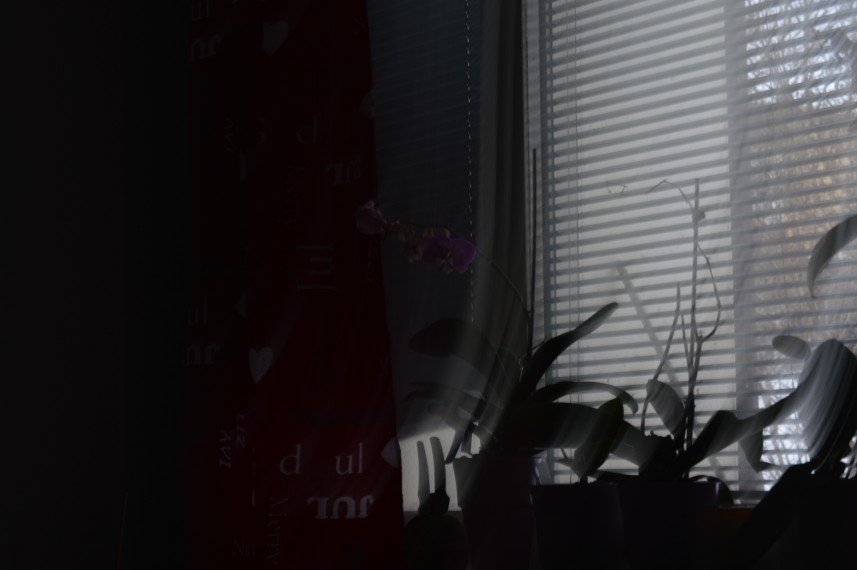 Had a good talk with Anja over Skype today that really put some things into perspective for me. She’s sensed how I “disappeared” during the holidays, and that’s a very accurate way of putting it, because I distance myself from the world and I lose my footing and grip on reality, and I almost lose myself again, every time. As though being back in the physical place, pushes me back to the emotional one as well. And it gets harder each time to get out of it again. I’m only now starting to feel like I’m landing on my feet again. Like I’m only now coming back, seeping back into my own body.

Anyway, talking to Anja, briefly about it, and putting into words what happens to me, what that state of mind is, what happens emotionally as well as physically to me when I withdraw and sink into that dark corner of myself, actually put some light on the whole spectacle that I’m constantly struggling with, as annoying as that is, almost sixteen years later; and today it became startingly clear to me how auto-biographical my (still unfinished) novel is. Not literally, of course. But underneath the actual events that take place on the surface, what happens to the main character of that book is that, because of those events, she gets stuck in a sort of emotional limbo, starting to feel like a ghost in her own life, not quite dead, but definitely not alive either, and it gets to the point where she actually starts believing the possibility that she has actually died and become a ghost, without realising it, all sixth sense-like, which is exactly what happens to me when I get like this, stuck as it were, in-between two places, two rooms, just like the character of my book (which incidentally is called “Between rooms”/or the more general concept of ‘space between’ which in Swedish is the same word)

Not to worry, though. I should “be back” soon enough, as soon as I start working on my projects again! I just hope I’m not financially ruined by then (I’ve already splashed out on an ebook reader, five items from Amazon (two probably bad films on DVD starring Dean Winters, probably in blink-and-you’ll-miss-it roles, one brilliant film on DVD as well as used paper back biography on Hugh Laurie; I managed to restrain myself from ordering “The Fry chronicles” though, since my mum’s already ordered it for me, and I really don’t need to copies of it, although despite that, it took quite a bit of restraint not to press “Order” I can tell you…), new shoes, and only today whilst going for a walk, I stopped by the store to have a look for something to eat tonight and instead walked out with a package of scrapbooking paper, a mobile bag/wallet and some glue…)

I had a phone meeting with Anna, my producer, today about “Bury my in the backyard” and we agreed that the best thing, both economically and schedule-wise, is to focus on shooting the Stockholm scenes in April and post-pone the rest of the shoot, in my home village, until October. That gives us more time for casting, location scouting, raising the necessary funds, engaging crew members and preparing cinematography and props, etc. And since I was also offered a job for the rest of the school year today, which will help me a lot financially, I won’t have to puzzle with the schedule too much in the spring either, because the Stockholm scenes are fewer and can definitely be shot during easter break, whereas, if we’d still gone ahead with the plan of shooting in Ljusne first, then I’d have to find a way to have an extra week off before easter break, which isn’t the ideal starting point when accepting a job offer..

My head hurts, so I’m going to make some tea and try some “not thinking/brooding” for a few minutes, to allow my brain to get some rest.. maybe I’ll watch a film I already know by heart, or some episode of “Law & Order: Special Victims Unit” (Season one, the season starring Dean Winters, and therefore the only season I have and ever will watch, because that’s how I’m wired)