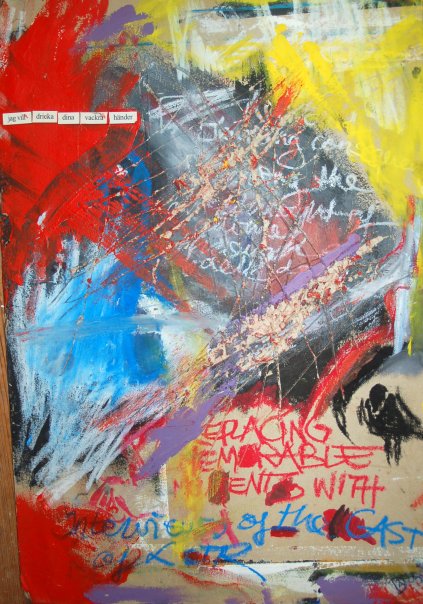 I’m on the tube heading home after a wonderful afternoon visiting my co-actor Wilma and her mother in their flat on the other side of Stockholm, processing everything, not just after today but everything that’s been going on recently. It’s been a customary rollercoaster, both externally and internally.

But things are definitely looking up, production-wise. At least on the creative end of things, the pieces are falling into place one by one. Hanging out with Wilma and her mum today was great in terms of emotional preparation for the both of us (as well as great fun), the amazing Philip Zandén has confirmed that he is on board and will play the father character in the film and (I don’t remember if I’ve told you this or not) I’ve found an awesome old doll, which means we don’t have to make one from scratch (which would’ve been fun, but neither Anna or myself really have the time for it unfortunately)!

I’ve also started my new day job and that, too, is going really well so far. But chaotic times are a-waiting come Monday! But nothing I haven’t dealt with before!