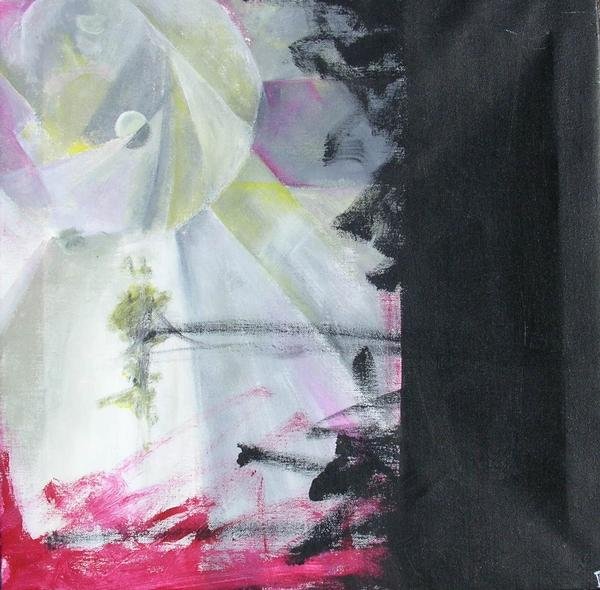 However amazing and eventful last summer was, between Swedish Talent 2012, shooting the short film “Agnes” and scouting locations for “Bury me in the backyard” in Ljusne with my producer Anna, I still managed to slip into one of my depressions.

So after a couple of weeks of being back in Stockholm, I sought help from a local doctor and he referred to me to a local psychiatrist for some testing. I’d been thinking about bipolar disorder and done some research on the subject and could definitely relate to the symptoms and told the doctor that, so a lot of the questions and self-report inventories the psychiatrist had me answer were related to that, but asking about my early years and mainly my teenage years, she seemed to be leaning more towards borderline personality disorder (think “Girl, interrupted”.) I was familiar with already borderline, having known people who had it and had another shrink speculate about it when I was seventeen, so it didn’t quite come as a surprise. However, reading up on the disorder again, I could recognise my younger self in a lot of the symptoms, but could relate to none of them as myself today (except perhaps separation anxiety, which I’ve had since I was a newborn, literally.) It’s just not who I am anymore, whatever borderline symptomatic issues I’ve struggled with in the past (anxiety, panic attacks, self-harm, over-consumption of alcohol, destructive sex life and agoraphobia.) I’ve clearly dealt with in my own way, or as the case is with anxiety, simply learned to manage and live with. I also discovered that the latest thing in treating borderline was apparently mentalisation based treatment, which really got me thinking. Because I have a wicked ability to mentalise, almost to my own disadvantage sometimes, going hand-in-hand with being super sensitive (or hsp, a highly sensitive person, most likely.)

However, I didn’t get a chance to find out what conclusion that psychiatrist finally came to, because I cancelled the next appointment we had scheduled and didn’t schedule a new one, because I wanted nothing more to do with her or that particular clinic, for a number of reasons I shouldn’t get into, but it was my impression that patients who came to this clinic were met with disrespect and condenscension, and with the specific shrink I had to deal with the main problem was, not the fact that she seemed to dislike me and were awful at hiding the fact, but that she seemed to actually be incompetent. So I ended the investigation, or evaluation, or whatever you want to call it, before she caused me anymore grief and slapped an inaccurate diagnosis on me like smelly label.

Recently, though, I started having regrets. Not about putting a stop the incompetence and getting out of there with my sanity intact, but about stopping in general. I sought help for a reason. I’ve been having recurring periods of depression since I was twelve years old, three of which almost finished me off, so I obviously needed to figure this out. And just because that particular shrink and that particular clinic couldn’t help me, shouldn’t mean that I go back to square one and simply deal with it myself, like I always do. So I called someone, a help desk person, explaining my situation and my run-in with the clinic that I was referred to and how I really didn’t want to go back there but still needed some answers. And was it possible to go to another clinic, in a different (dare I say “nicer”, Stockholm is after all the most segregated place in Sweden..) part of town, closer to my day job perhaps? Well, apparently, yes. No problem at all.

So I did. I had a meeting with another, more sympathetic, psychiatrist and he’d managed to get a hold of all the inventories that the former shrink had had me fill out as well as her notes and such. After having chatted for about half an hour to me, then glancing at the papers, this shrink said exactly what I’d been thinking… that judging by the different test results and my answers to the inventories, he’d be thinking about borderline too, but judging by the fact that I’ve had none of these symptoms in almost five years (which he got from our conversation – see how far actually listening to your patient gets you…) and that I’ve found a way to manage my anxiety and keep it on a bearable level, never experiencing panic attacks anymore, and being both sober and smoke-free for three years, I’m clearly not borderline anymore if I ever was. And according to him, personality disorders like borderline, can actually go away with time, if treated or dealt with correctly, (i.e. the symptoms will lessen and/or go away as you get older if dealt with correctly, as opposed to get worse which they might if dealt with incorrectly.) And, even though it’s uncharacteristically quick/soon in my case, that seems to have happened with me.

But, again, whatever issues I’ve had to deal with in my life so far, the one thing that persists are these “lows” of mine, that just won’t go away. So, he scheduled me for some blood testing to make sure the culprit simply wasn’t a vitamin deficiency, like B12, and gave me a couple of more self-inventory questionnaires to fill in and send back.

A blood test stating “all normal” and two questionnaires about “up periods” later, I get a letter in the post telling me:

Dear Ida, we’ve reviewed your self-inventories and the notes of your case and come to the conclusion that you meet the criteria of Bipolar type II.

So there you go. My uneducated guess just beat the educated ones of four professionals I’ve had the misfortune to meet. I’ve got an appointment to see another shrink next Monday, probably to talk about “What now…” and get some pointers on how to spot early symptoms of “lows” and to deal with them before they full-on explode in my face, such as “Make sure you get enough sleep, eat right, get lots of day light…” etc, all of which I know already. But you never know…