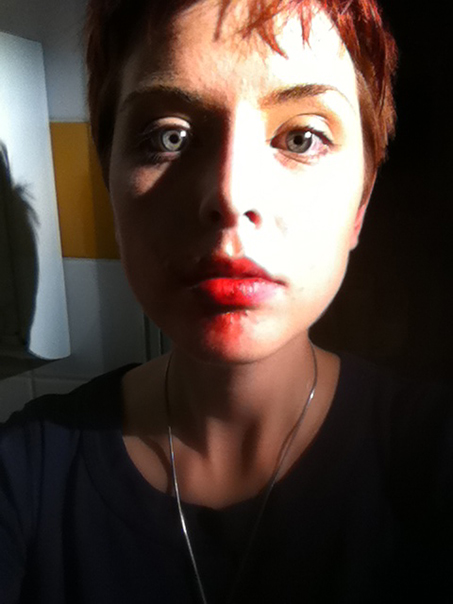 Got home a little while ago after a twelve-hour shoot, in Tove’s and Anna’s flat, of the pilot (or teaser) for Tove’s novella film “Bindande” in which I play one of the characters (or rather I play two, only they’re the same person, but still different characters, in different stages of the person’s life, except at the same time)

We had a nice time. Tove was really happy with the stuff she got, it seemed, and so she said, repeatedly. I’m not entirely pleased with my performance, though. But it did go lot better than I expected, and worried about, last night. Hopefully there will be some golden moments in there that I can use for my showreel later. And hopefully, the pilot itself, as a whole, will work and help us get the funding for shooting the whole thing. I’m looking forward to working with the material more, and exploring the character of Jeanette a lot further than I had time to this time around. Although, I can’t even bare thinking about the damage that a two week shoot would do to my body. I ache all over just from today, from tensing all my muscles and cramping up my joints. I’ll bet you anything I’ll have to literally roll myself out of bed tomorrow morning, because I’ll be as sore as hell.