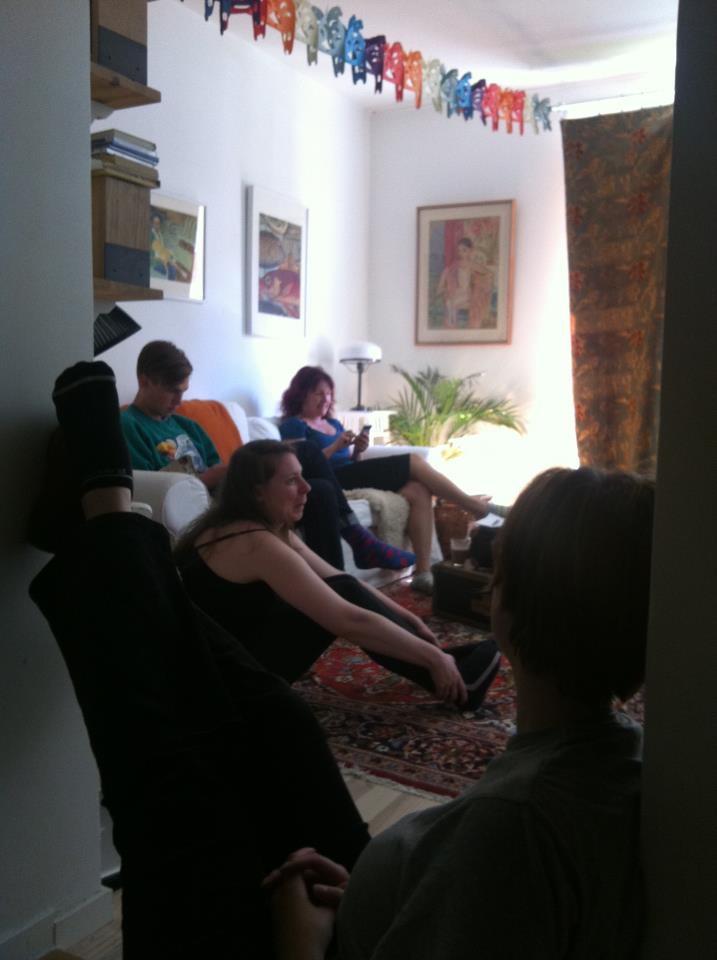 Getting off the ferry after an extremely eventful and inspiring week on Fårö, I barely had time to put my bag down and grab forty winks, as they say, before I was off to set, shooting Anja’s first short film “Agnes” for five days. I had three functions on the production: Scenographer (a first for me), Script supervisor and Assistent director. It was five extremely hectic days for me and I did have a breakdown when got home the third night, but I beieve the end result will be amazing because Anja got some really great material. The two actors playing the main characters were both incredible.

So, looking forward to seeing the finished film. I’ll keep you posted.

The day after the shoot it was straight off to the next thing, which was a trip back home and my producer Anna came with me as well, since we were both scouting for locations in Ljusne as well as filming some stuff for a presentation video to put on Kickstarter.

Location scouting for “Bury me in the backyard” with Anna in Ljusne, July 2012

We also, quite impromptu, joined the Ljusne ambassadors (which I am as well, for some reason) for lunch at Ljusne’s only café and then tagged along on a guided tour of parts of Ljusne. It was quite fun. In an ironic sort of way, at least.

And definitely worth while, since one of the other ambassadors offered up their house for the shoot. We went a had a look at it later on and the exterior isn’t quite right, but the interior will probably work just fine, and here’s the really good news: I’ve fallen in love with another house that would be perfect in the film.

And, if the owners of that house agrees to let us film their house, we can shoot the exterior shots there and then fake the interiors from the other place, because the windows are identical !

On Anna’s last day in Ljusne we took a break from the project and went out to the little island outside the coast of Vallvik where my family’s got a summer cottage. We went for a swim in the sea and had dinner with my parents, before heading back to the mainland again. A very idyllic ending to a rather unconventional (I think?) but productive couple of pre-production days!