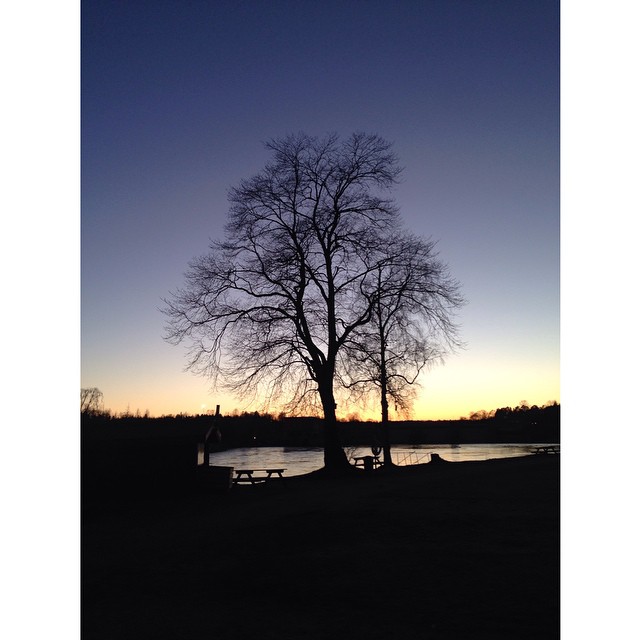 I’ve finished two video art pieces—the first ones ever!—I’ve submitted them to a couple of festivals but I’m not holding my hopes up, they’re pretty weird…  Ironically, the video art portfolio that I’ve made for this site won’t be accessed through the home page because some error in the coding that I can’t seem to be able to correct… but here it is: idathomasdotter.com/portfolio/videoart

So what else is new?
EFTERTEXT Gävleborg 2015 has kicked off and we’ve got five creative and excited participants. I’m sure we’ll all have a really great time this spring! So far, I’ve banged on and on about the visual part of storytelling in filmmaking and symbolism in photography and I’ve made them watch “The Graduate” and “The Wreckers” (both great examples of using cinematography/photography to tell the story and/or create a feeling, and “The Wreckers” in particular uses a lot os symbolism) and we’ve gone over storyboarding and they’ve started sketching on their own for the music videos they’ll be making as part of the program. 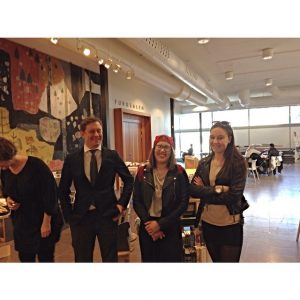 Also, the commuting between Stockholm and Gävleborg gives me an excuse to visit my family more (and drive my motorcycle — I am not giving up on that driver’s license!) and go and see awesome plays with me mum (like Faust at Gasklockorna in Gävle, which was amazing!) 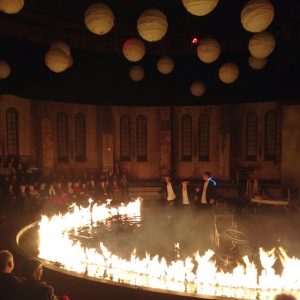 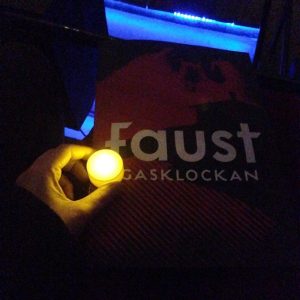 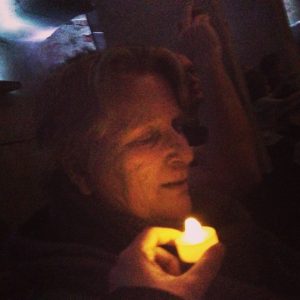 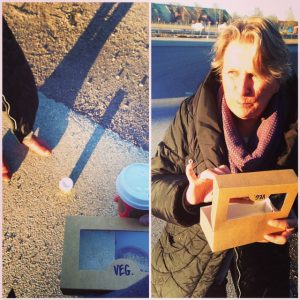 (Here’s my mum and I at the intermission… now look at that pinky! That’s where I’ve got it from!)

As I’m sure I’ve already mentioned a hundred times, I am passionate about working with people with special needs, children and young adults in particular but because my film projects demand I keep flexible hours I need to be able to work nights and weekends as well, so a year ago I made the tough decision to turn down my last school job offer and started working with adults instead and assisted living and that’s been amazing too… I really love the guys at work, both colleagues (most of them) and the people who live there, but to be honest it’s a bit too calm and quiet and I miss the challenge of working with people in the spectrum and/or ADHD, so I went to one of my bosses and mentioned that… and it turned out that another home that she’s also in charge of with “more extreme” inhabitants was in dire need of a sub so she booked me for four intro shifts immediately! I just got off my third shift and I’ve got to say it feels great to be “working in the spectrum” again (although it’s nowhere near as “demanding” as promised, but it feels great and it’s still a whole other level with visual aids etc., and one of the guys even communicates with this really awesome computer, which is a completely new experience for me!) I’ve already connected with everyone, except for one guy who hasn’t been home since I started two days ago, so I’m looking forward to meeting him next week.

Okay. Food and movie now. I’m thinking a bad horror film or a good psychological thriller… let”s see what Netflix has to offer!