Just a short rant about misogyny in film and TV 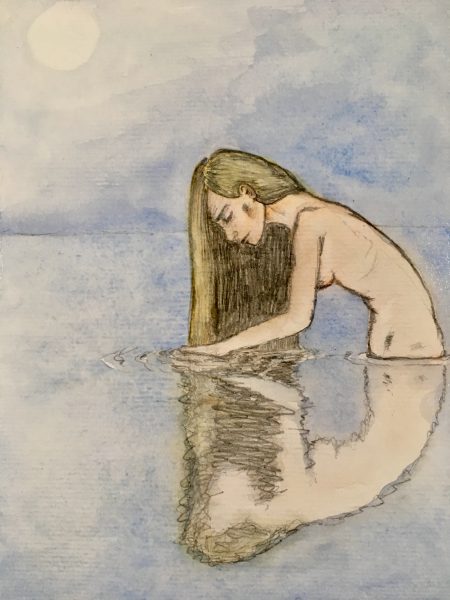 Lately I’m finding it more and more difficult to shrug off certain things, not just in my own life but in the world at large. In other words, if I was too sensitive for society before, I am reaching ridiculous heights of over-sensitivity — except, I don’t think I am over-sensitive, and I also don’t think that sensitivity is in itself a problem, I think it only becomes a problem in relation to insensitivity, as in, my sensitivity is only ever a problem for me when I encounter insensitive people and I think, great social movements such as metoo aside, the world is becoming more and more insensitive.

So maybe that’s it. Maybe I’m no more sensitive now than I was as a child. Maybe the largely agreed-upon social protocols of the world is just becoming more insensitive, or maybe it’s always been this way and I am just becoming more aware of it.

One of the things I am struggling to shrug off and just accept nowadays is the misogyny that seems to spread out like some stubborn fungus over what feels like 80% of film and television. Although the biggest struggle isn’t the misogyny itself, because I can easily just stop watching. It’s no great loss to me since, by a happy coincidence, the other 20% usually corresponds with my personal taste in both stories and styles anyway.

No, the biggest struggle is being reminded that other people — so many others, including people in my life, people I love — are able to shrug it off and keep watching, and I know this doesn’t (necessarily) mean that these people are secretly sexist, at all. I do know that. On a rational level. However, on an emotional, over-thinking, anxious level, I sometimes struggle to reconcile the two. For me, there’s no big difference between finding out your best friend’s favourite TV show consistently features sexual violence against its female characters in a glorified and sexualised way, to finding out your brother watches incestuous rape porn, or your partner listens to white power music because they like the melodies (just making a point, neither of those are true to my knowledge!) Except intellectually, rationally, there is a difference. Because one is more socially acceptable and the other two aren’t. But why is that?

Why is sexism still an acceptable part of mainstream media? Why is it still okay to portray and treat women the way they are portrayed and treated in so many films and television shows? Why are people, who would never be okay with the same treatment of non-white characters for example, okay with it? (And don’t get me wrong, I am the first person to react when a film or TV show does whitewash or feature something racist, or homophobic, or transphobic, or ableist. I’m part of the snowflake generation and proud of it. My point is, why stop there?) Why is misogyny (just like women’s rights) always last on the agenda of things to be dealt with and, as a result, more often than not put aside and forgotten?

I watched half an episode of a popular TV show last night (I won’t say which, because it doesn’t matter and also, as problematic narratives and/or shooting styles go, it wasn’t even that bad. It just got me thinking…) and I’ve come to realise I have had it.

I do not have a problem with nudity in film unless it’s gratuituous (and more often than not, my only problem with it is that not only is it not needed to tell the story, but it outright distracts from the story)

Firstly, these are women — female characters — with names, and voices, and objectives, and points of view, and autonomy; their nudity is just as much a natural part of them and their stories as all of the above. They’re showing other (male) characters — and the audience — their vaginas of their own choice, on their own terms, daring the men to dissociate that part of their bodies with the rest of them — which leads me to:

Secondly, in these examples, the women’s private parts are shown as parts of the whole body, and not just that, the whole person; this is not some lewd and/or grotesque glimpse of a — figuratively or literally — dismembered body part, meant to tickle the viewer’s fancy, while the woman the body part belongs (or belonged) to doesn’t get a say in the matter, either because she’s one of the countless murder victims in one of countless crime dramas or because she is, albeit technically still alive, merely a minor character… for example, gyrating away in the background of one of countless scenes depicting Tough Guys Having Business Meetings In A Strip Bar (Because Why Not) and no more important to said scene than the rest of the set decor… or, twirling an enticingly glittery necklace between well-manicured fingers whilst chatting (unintelligibly) to her friends by her school locker while the camera stays firmly focused on her cleavage, letting the audience know that this is the Protagonist’s love interest… or it starts off that way at least, until he meets a girl with so much ”personality” (read: quirky fashion sense, or different interests such as reading books, or outrageously impulsive behavior patterns misinterpreted by the Protagonist and Screenwriter as signs of a free spirit that seizes the day, but are actually silent cries for help) it distracts the Protagonist from staring at her cleavage long enough to actually listen to what she says, and notice her eye colour… and then he, as well as the audience, realises that the first girl, with her sparkling smiles and glittery necklaces, luring people in to stare at her cleavage, her beauty is only skin deep; she is vapid and boring and unintelligent; she lacks personality…

Because what is she, really?

— Just a pair of boobs, five well-manicured fingers and a smile!

But hang on… Did we ever get to hear what she talked about with her friends? Do we know her name, her interests, her perspective on things, her hopes and dreams?

For the sake of this story, do we need? — Well, no, probably not. But does that mean that we, and the Protagonist, have the right to reduce her to a pair of vapid boobs?

The problem here isn’t that we have an awkward, sexually inexperienced teenage boy who, when secretly admiring a pretty girl he’s crushing on, struggles to tear his eyes away from her chest.

The problem is that, unless the DOP is having a similar issue, the filmmaker has deliberately chosen to portray a girl this way. (This is the male gaze; and it’s not a male character’s POV shot, it’s the filmmaker’s POV, that he then forces on the viewer — Thanks, by the way, Luc Besson for making me sexualise a 12-year-old girl played by an 11-year-old actress!)

In all three of my examples, the nudity isn’t objectified or sexual, so am I just a prude? Well, no. I’m not going to let this entry turn into a list, so I’m just going to focus on one example (and it’s not from a film by Lars Von Trier, because mister Von Trier is toeing the edge of that distinction that I’m talking about — and he does so intentionally — so whereas the exteme close of genitals mid-sex in the prologue scene in ”Antichrist” serves a storytelling purpose, most of the sex and nudity in the rest of the film does not, and is clearly just there to be taboo and provocative, which I find uninteresting), but in Suzanne Osten’s film “Skyddsängeln” there is a sex scene that really doesn’t shy away from nudity, but there are two things that separates it from most sex scenes you’ll see: first of all, the female character remains more or less clothed throughout while the male character strips naked, and second of all, the scene isn’t shot with a gaze at all, male or otherwise; it’s shot the way it’s written, like a scene from a play, the camera work doing everything but trying to manipulate the viewer’s experience and entice some kind of fabricated emotional response from them, and instead trusting the story and the dialogue to do that and thus we have a very good, thought-provoking and funny scene with some amazing acting performances and no point does it get ruined with a ”porn shot” — like so many scenes do, whether it’s actually a sex scene or not… nor does the camera work change the meaning and intent of the scene…

Like shooting a scene that depicts sexual violence against women like it’s something sexy and exciting. There’s a difference between the rape scenes of films like ”Boys don’t cry” and ”Män som hatar kvinnor” and, for example, Game of Thrones. Just like there’s a difference between the intention of a character and the intention of the filmmaker. The problem with depicting rape and sexual violence in film and television is not the rape and sexual violence itself, but the manner in which that story is told.

— Do you want your audience to face a very real part of the world and reflect on it in a real way, or do you want them to get off?

Okay. Thanks for letting me get that off my chest. Snowflake signing out.